Tallinn, named Lonely Planet's Best Value Destination of 2018, is an amazing blend of old and new. Ever since the days of Viking traders in the 10-th century Tallinn has been a meeting point for various cultures and nations,

Visitors coming from any direction are bound to find something familiar, and something exotic, when they explore the city. Estonia’s various rulers – Danish, Livonian, German, Swedish and Russian – have each left their mark on Tallinn’s landscape and their influence can be found reflected in the city’s architecture, art and even its restaurant cuisine. The world-famous Old Town was constructed between the 13th and 16th centuries and is a designated UNESCO World Heritage Site. Also worth exploring, is the up-and-coming Kalamaja district, boasting a truly bohemian atmosphere and the Telliskivi Creative Quarter.

Estonia loves to highlight its rich culture, especially the traditional mass singing events that define the soul of the nation. Chief among these is the Estonian Song and Dance Celebration, held every five years, which involves as many as 37,000 performers and attracts over 200,000 spectators.

Tallinn is widely recognized as one of the world’s most technology-oriented cities, offering a range of cutting-edge solutions from e-residency to mobile parking. Free Wi-Fi is available just about everywhere, including hotel rooms, conference centres, restaurants, cafés and even public squares and parks. The city also hosts a dynamic start-up community, of which tech plays a major part.

We can all be mighty and merry 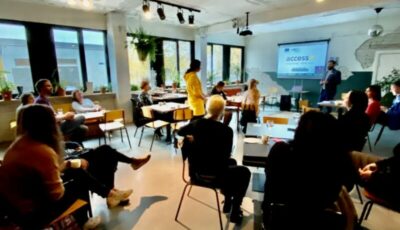 The challenge is to find the golden path between everything