Lisbon’s diversity has been for centuries the corner stone of its essence and profile. A warm and welcoming city it hosts citizens from all over the world as well as tourists. Being a capital city it is also a large employment centre, hosting thousands every day, citizens coming from the surrounding towns.

The Culture in Lisbon has been, for the past decade, taken as an essential pillar of its Development, its Sustainable Development. The municipal policy has been strategically developed focusing on this principle. In this respect Lisbon is an active member of UCLG – United Cities and Local Goverments, having been, from 2016 to 2018 a pilot-city on its programme (https://www.uclg.org/).

Lisbon has also been focusing on its international dimension and the need and richness of shared learning, regarding this, it takes also part in the WCCF – World Cultural Cities Forum, having hosted in October 2019 this organisation’s annual summit. (http://www.worldcitiescultureforum.com/)

The work that has been developed in the City’s Culture addresses also Inclusion, Participation and Data considering that Diversity also means that not everyone has access or takes part in Culture and that a better policy should have at its core the precise knowledge in order to define the aim of its goals.

For Lisbon, to take part in ACCESS is to follow a line of work that has been identified as vital: it is to have accessibility for all at the centre is its action – as Culture is part of Sustainable Development – is to increase the focus on Participation; it is to focus on knowledge to inform action; and most importantly it is to learn with other cities and partners, their similitudes and differences. 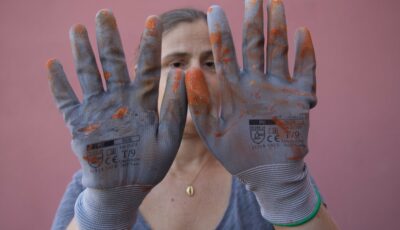 The neighbourhood we are now discovering