The neighbourhood we are now discovering

Culture plays an important role in finding solutions to the complex issues of today’s urban metropolises. In the second year of this exciting project each city is now working towards engaging the citizens, using Small Scale Actions. The participation of citizens and stakeholders is central in the ACCESS approach. 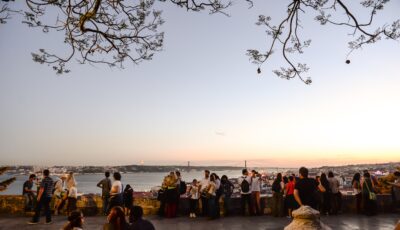 Sta Clara in LisbonOne of our SSA in Lisbon is to deeply know the territory, the human territory, the people who live there and their personal stories. Our colleague Sofia Tempero, an Historian with work done in projects such as Rossio de Palma, as well as Ana Brites and Filipa Ferreira, from Learning Services in Lisbon, have been, for a few months now, exploring the area and making some exciting discoveries.

Sofia tells us that the area, specially Charneca (which may be translated to ‘Moor’), is the ‘last village in Lisbon’ due to its rural characteristics. It originates in the 16th and 17th centuries and its layout is of great heritage value and interest. The historical buildings surrounding the main square, are vernacular rural buildings, not very different from the original ones. It is in the 20th century, that a migrant population, from different regions in the country, starts to settle there, bringing a new dynamic to the place.

It is this ‘preserved’ 16th and 17th  centuries Charneca that enchanted our team. Its rurality and being on the edge of the city gives it a special profile with a strong tight community. Each visit to the territory are opportunities to discover its toponomy and memories of its social Ddynamics (the school, the Cinema, the Club ), as well as to listen stories of those who inhabit it.

TODOS is a festival that runs in Lisbon since 2008. This festival, funded by the City Council,  has as an objective to enhance, to bring light to a territory, to bring people together, to tell their stories and to share the heritage. It started at the city centre, in Intendente, and it has moved yearly to different areas. In 2021, the challenge is Santa Clara and its contrasts. In September, TODOS will be in Sta Clara giving also context to the project ACCESS. All details in: https://www.festivaltodos.com/