Only 2-3 hours away by plane from anywhere in Europe in the heart of Bulgaria is located Sofia - one of the oldest European cities with 8000 years history, nestled in the foundation of Vitosha mountain.

The capital of the Republic of Bulgaria is a unique city that grows but not get old and has more than 8000 years of history. In the 8th century BC, the Thracian tribe of the Serds settled around the thermal springs in the present-day downtown. Their settlement was called Serdonpolis. At the beginning of the 1st century AD, the Romans took the city and it became an administrative center in the province of Thrace under the name of Serdica, and was later renamed Ulpia Serdica in honor of Emperor Trajan Marcus Ulpius. At the end of the 3rd century AD, it became the capital of the province of Inner Dacia. The city suffered the incursions of Huns, Goths and other barbarian tribes in the 5th–6th century period. In AD 809, it became part of the Bulgarian state. In the 1018–1194-period the city was included in the territory of the Byzantine Empire under the name of Triaditsa. Later, it was called Sofia after the Church of St Sophia – the oldest church in the city dating to the 4th century which is still remain in the center of the Bulgarian capital. From the 14th century onwards, until 4 January 1878 the city was part of the Ottoman Empire. Sofia was liberated by the Russian army under the command of General Gurko.

Sofia became capital on 3th of April 1879. Today is the largest city in Bulgaria, as well as the 15th largest city in the European Union with a population of 1,291,591 people (2011 Census). Sofia citizens account for 83.5% of the population of Sofia district and for 17.5% of the population of Bulgaria.  Sofia is a cosmopolitan city of different nationalities and cultures. They elegantly coexist in the historic downtown, which has become a kind of open-air museum with preserved remains of ancient civilizations.

Sofia Municipality implements the “Strategy for the Development of Culture 2013-2023”, one of its main priorities being access to culture. Local government has long worked to increase involvement of residents in the cultural life not only through their own structures, but also by actively supporting various artists and cultural institutions.

Sofia already has its new communication platform YouAreSofia.bg, in which cultural operators and artists can post information about events and new places for culture. The site is also targeted at numerous foreign tourists.

The urban environment is becoming more welcoming to art outside the traditional halls – the municipality is discovering and socializing the ancient heritage, creating new outdoor scenes and galleries, supporting exhibiting contemporary art installations, sculptures and monuments, expanding cultural spaces beyond the usual central areas. Access to culture is also encouraged through the municipality’s funding programs

In parallel with Sofia’s involvement in the ACCESS project, a URBACT Working Group of Cultural Organizations and Artists was set up to share experiences and create good practices in improving access to culture in the city.

The main focus of ACCESS in Sofia being the link between culture and education, the challenge the city would like to take on is modelling new programs for widening cultural participation among students, creating an efficient methodology for measuring the developments in the field and define priority areas for interventions.

By participating in ACCESS, Sofia will work to improve the link between culture and education, and improve access for students aged 11 to 16 year. One of the goals is to gather information about the profile of the people most affected – what are their interests, age, what would draw them to Sofia’s cultural life.

Our main goal is to establish Sofia as a creative city where everyone every child has access to a variety of cultural products and services and the opportunity to develop their potential through active participation in creative activities.

The ULG in Sofia includes all necessary stakeholders gathered around the main challenge of improving the connection between culture and education. The core group is composed of 25 members. Among them there are school directors, cultural managers from the NGO sector, representatives of museums and public bodies such as the Ministry of culture, the Ministry of education, Sofia Municipal Council, The Regional Direction of education as well as university professors and researchers in the field of theatre, museology, psychology.

The SSAs in Sofia will focus on information campaign for popularizing culture among students including the creation of a newsletter with cultural activities suited for students aged 11-16. 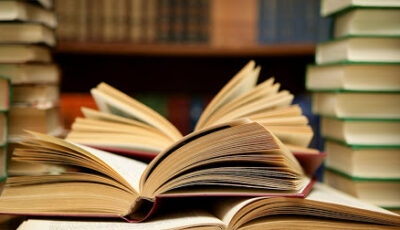 Workstream Decentralization: March of the Books 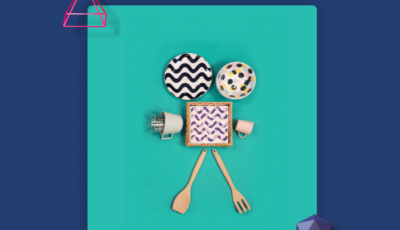