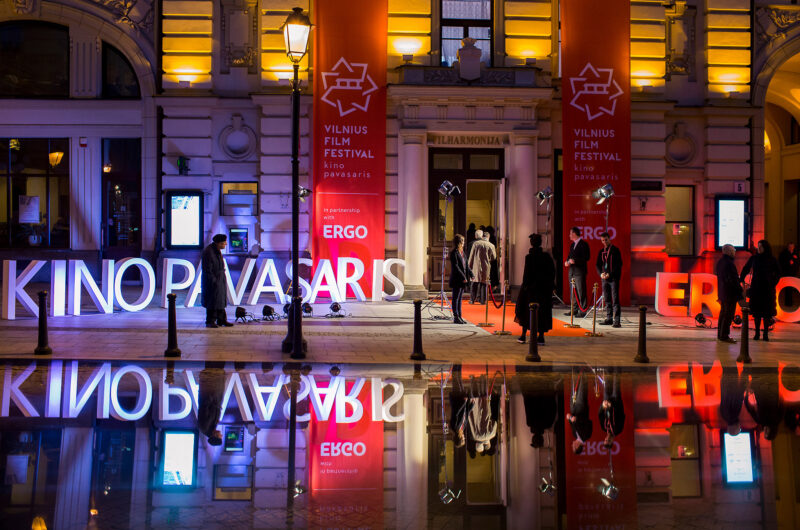 The 25th Vilnius International Film Festival Kino Pavasaris took place online in March 19–April 2, 2020. It is one of the first virtual film festivals in the world. Originally, International Vilnius Film Festival takes place annually in spring while screening best non-commercial movies from all over the world in Lithuanian cinema theatres. In 2020 with all mass gatherings banned by the government to prevent the spread of coronavirus, after spending the entire year preparing its anniversary edition, organizers of the 25th Vilnius International Film Festival had to adapt and accomplish what seemed like an impossible task – to go fully digital. Once quarantine was declared in the whole country, organizers had 168 hours to move their event from cinemas to streaming platforms. The team had to reorganize their tasks, create new sponsorship, communication and marketing strategies, make necessary arrangements with film distributors for on-demand viewing, partner up with streaming platforms, solve technical difficulties, refund tickets and answer an influx of viewer inquiries. In the end, Vilnius IFF became one of the first film festivals to switch to a digital format, alongside CPH:DOX.

Films were streamed 56 000 times. According to data from the research company Kantar, most often two people watched each screening. This adds up to 112 000 total viewers. In comparison, last year’s festival was attended by 126 000 filmgoers. Although this indicates that Vilnius IFF lost over half of their target revenue, other numbers show incredible success: news from Vilnius IFF reached over 4 million people on social media. Key parts of the festival were preserved, including live interviews with filmmakers, conversations about films and presentations by festival programmers, all of which received 750 000 views. Active audience engagement was boosted through a community dedicated to film discussions.

69 percent of the programme – 118 films – made it onto streaming sites and on-demand TV. The European Debut and Short Film competitions also took place, with international juries choosing the winners online. Awardees will receive cash prizes and statuettes.

Vilnius IFF also continued its commitment to being accessible to all, adapting two films to the needs of deaf and hard of hearing audiences. 1000 care packages were sent out to viewers, containing books, movie catalogues and treats, such as chocolates created especially for the festival.

What is more, the festival hosted a virtual conference for film industry professionals titled “The Challenge of Organising a Digital Festival During the Coronavirus Pandemic”, in cooperation with CPH:DOX, Developing Your Film Festival and European Film Forum. Vilnius IFF CEO Algirdas Ramaška shared his team’s best practices with over 500 festival organizers and other industry members from around the world, further proving international interest in what his team had accomplished.

The efforts payed off, with #festivalisnamuose (festival at home) going viral thanks to viewers sharing their photos of opening night celebrations. Vilnius IFF also supported movie theatres by broadcasting the awards ceremony from an empty cinema and playing the closing film in vacant movie theatres all around the country.

The story of their success has captivated the interest of many other festivals in the world.