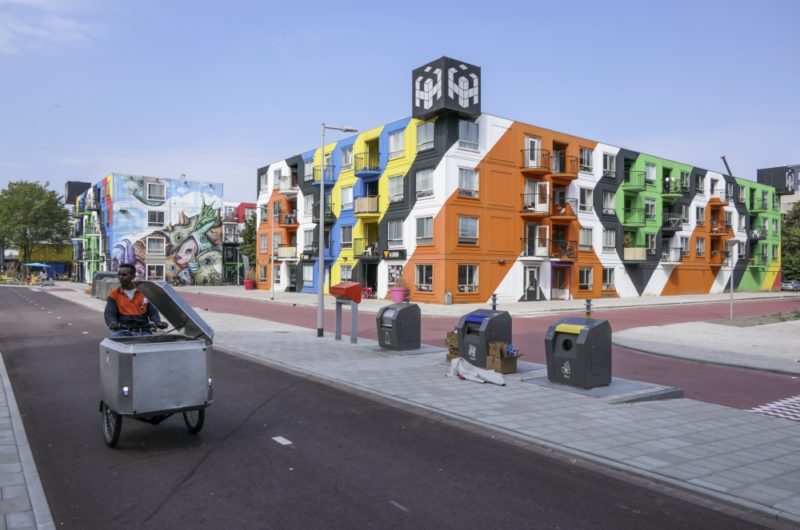 How did Amsterdam compose their SSAs?

We’ve arrived at the point where every city is either in the final phase of constructing their SSAs, or starting to carry them out. Amsterdam is no exception. In this article, we would like to give an insight into the process of inventing, composing and constructing our SSAs.

During our previous ULG, we spend some time in the Q&A talking about the existing power structures and the possibility to reorder those structures by giving away the keys to the citizens. With that lesson in the back of our head, we started this meeting, which focussed on assembling ideas for possible SSAs. For the benefit of impartiality, we invited our ACCESS Lead Expert to host this meeting. The group was divided in three subgroups, all focusing on one of the three target districts of Amsterdam: Noord, Nieuw-West and Zuidoost. After a quick brainstorm of ideas, we returned to the plenary room and communicated the findings, after which the groups were divided again, to brainstorm about ideas for another districts. And after that we went for the final round, so that every group had brainstormed about each of the three districts.

During the last of the three plenaries, we were again reminded about the challenges of these projects. The aim is to establish a relation of mutual trust between the residents and the authorities, but in the past the residents have often felt that the municipality does not speak for them. This has damaged the relation between them and made them distrust researchers and municipal administrators. They want to make a difference in their community, but feel opposed by the authorities. If we want to really reach the citizens, we have to regard them as the professionals of their own neighbourhood. We value these conversations and encourage speaking out these worries, which keep us sharp and teach us about the history and the conditions of the residents. Together, we would like to implement these lessons in the creation of the small scale actions. We want to actively involve the opinion of the residents in the construction of the SSAs, and learn from the experiences of both the residents and the active social workers in the district. We hope that, by doing this, we can change the tide and start building a sustainable method for enhancing mutual trust.

The ideas that were communicated in the plenary were afterwards assembled into a survey, allowing all the participants to vote for their favourite three ideas per district. The survey also allowed the respondents to state their willingness to contribute to the execution of the SSAs.

With these results in our hands, we set out to pick the right project manager for each of the three SSAs. We explicitly searched for someone from the ULG, who is familiar with and in the district, who is close to the inhabitants and understands them, who is not part of the municipality, and is willing to compose this project in collaboration with the residents, the Amsterdam ACCESS team and the assigned district administrators. The project managers are assigned the task to compose an SSA, relating to at least one of the top three ideas for that specific district.

With this strategy, we hope to have created a democratic method for inventing and composing our SSAs, while answering to the demand to give out the keys by sharing the responsibility for constructing a community-based project with someone outside of the municipal administration. Our aims with this method is to lower the threshold for approaching the residents, by giving the SSAs a form that fits their values and needs. We are very excited for the outcomes, and hope to share in our next Amsterdam article the trails of thought of each of the project managers in thinking about the value and form of their SSA.